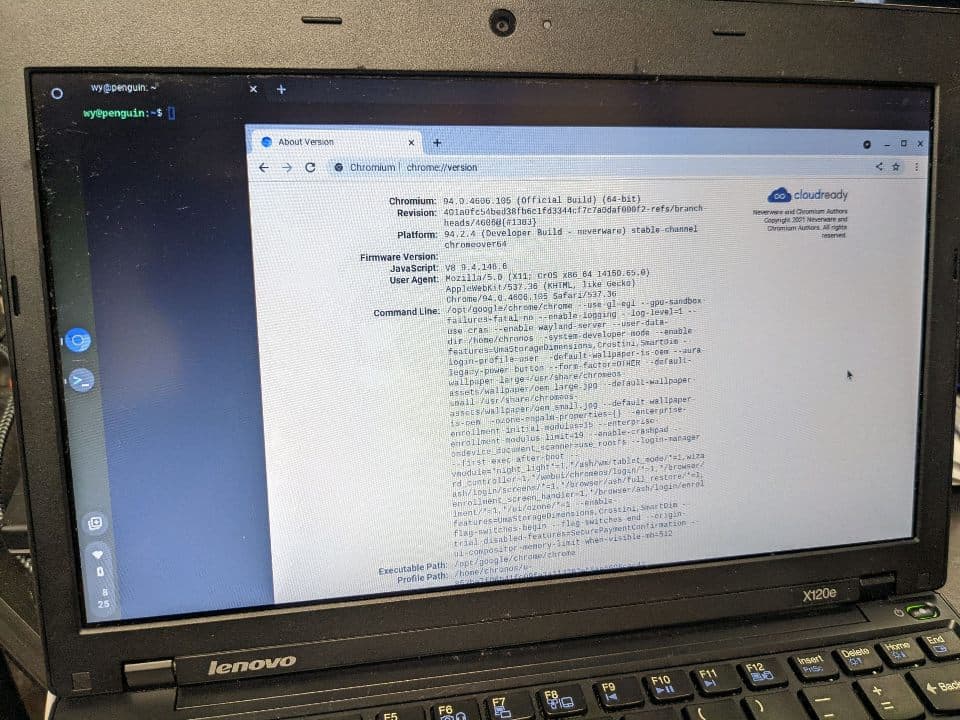 Meet the ‘I ran out of hardware but have some sort of computing to toss ya’ machine.

It’s a Lenovo Thinkpad X120e, a Thinkpad line machine but running the AMD E-350 ‘bobcat’ core processor. Vintage 2011. Slightly more powerful than the atoms of the era, half the speed of an i3 … have some specs.

We compare the specs of the AMD E 350 to see how it stacks up against its competitors including the Intel Core i3 3220, Intel Celeron 847 and Intel Atom D525.

In any case, it’s ten years old. Mine was a toy for a while, and finally loaded up cloudready (chromium) to use as a random machine to test things on. It’s actually got ports and stuff, after all.

Amazingly, it’s still supported until 2024. And I got the urge to turn it on and update it… now it can even run the crostini linux VM. And browse the modern internet (at a sedate speed).

What adblockers are you running on that hardware? I’ve been using Ghostery, but I’ve heard there are lighter options. I suppose I should really look at Pihole and such… do it all externally to the browser for maximum performance on gutless wonders.

Right now? Nothing - it’s a ‘trusted site’ machine and backup for folks to use web services. It’s nice to reach for to drive an aux display (I’ll likely break it out for pinewood derby) since it’s got VGA, HDMI, USB-A, and ethernet ports. Also since it runs a full linux (in a container) it can be a decent terminal.

That said, no reason why uBlock or privacy badger won’t run. uBlock is my go-to - I can disable jscript per-site or rewrite my own rules as needed.