The Disappearing Art Of Maintenance 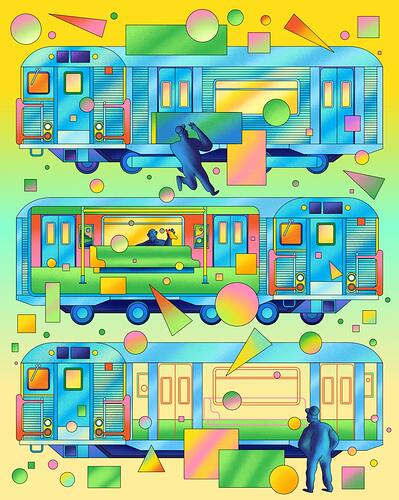 The Disappearing Art Of Maintenance | NOEMA

The noble but undervalued craft of maintenance could help preserve modernity’s finest achievements, from public transit systems to power grids, and serve as a useful framework for addressing climate change and other pressing planetary...

On the art of “fixing things” being lost in our society, with an emphasis on New York subway maintenance.

Shouldn’t be much of a surprise to most people reading this that it’s increasingly a lost art, because we’ll just crush and build new, somehow…

I remember when maintenance shops were the cleanest, best kept part of any industrial facility. Those guys took pride in their work, and were constantly on top of things. It requires the whole suite of abilities too: pattern and die, metalworking of various kinds (from stamping to pressing to machining to welding to even sometimes forging), all the usual stuff we think of as “maintenance” today (which is mostly replacing lightbulbs and minor electrical / paint / drywall stuff it seems), but then you’ve also got brickwork / stonemasonry, copper roofing and other forms of exterior architectural skills, and if maintenance is for something like an industry or a factory rather than a transportation infrastructure, quite often some of the roles were shared with the operators of the equipment, who were responsible for a wide range of constant preventative maintenance of their own. Gardening and groundskeeping was usually a separate but related discipline which is also sadly dying out, as least as far as public and industrial-private installations, it seems. Some places don’t even bother having the lawn mowed anymore, let along trimming the hedges or planting proper trees and shrubs for protection, charm, and the health of the surrounding land.

The other thing that would happen (and still does somewhat) is anything larger than a single-family home would often have dedicated maintenance guys (and gals) who would be jack-of-all trades and do everything around the facility.

This would result in someone who had 20 years in experience dealing with this particular building which is worth its weight in gold vs any number of contractors who really only know the latest stuff they’re installing.