Vortex Generators on the Volt

I finally got around to doing something I’d been planning on doing for a while, based on some inspirational reading from here: Aerodynamic Fixes | GM Volt Forum

Vortex generators on the Volt!

This is partly in preparation for a trip this fall that will involve more highway speed than usual for us (we rarely exceed 55mph and are almost never on the interstate), and in theory, it should help with the energy use going into a headwind as well (airspeed and groundspeed having nothing to do with each other).

It started with an arts and crafts project - making evenly spaced, 15 degree slanted slits in a piece of paper.

Tape said paper to car in a useful location. My VGs are a hair forward of where the other poster put them, and I’m hoping that the seam doesn’t disrupt the airflow enough to really bug them. If anything, they should help re-attach any turbulance created at that boundary. I think. My VG-foo is weak, but they’re damned near magic on some airplanes (in terms of stall speed, control response, etc). 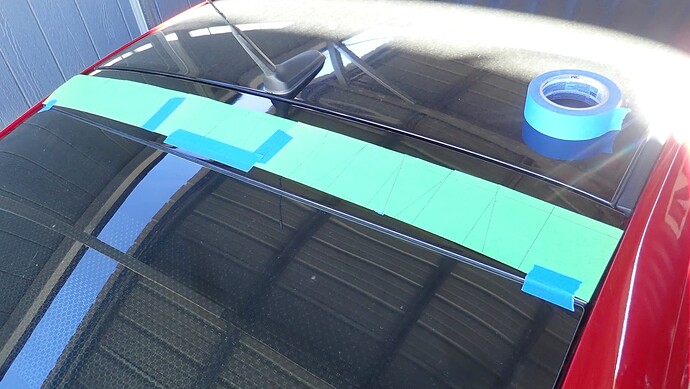 These are what I’m installing: STOLSpeed plastic VGs. I’ll see how they survive winter/car washes/etc, and may replace them with something more robust if needed, but for now, I’ll try them out! They come with an adhesive back that can be removed easily enough. 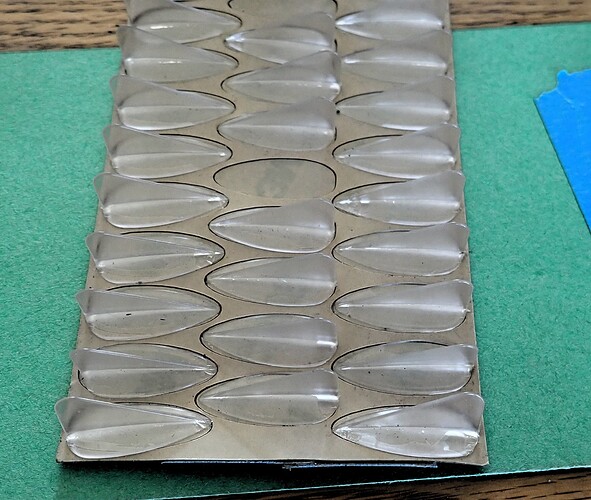 VGs just tuck into the pre-cut slots and are pressed down! 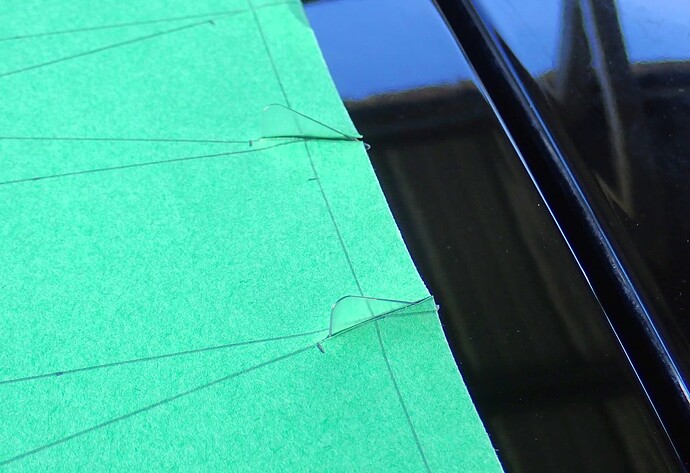 If I need to replace one, I can use the same template, line it up on the others, and re-install whatever went missing. 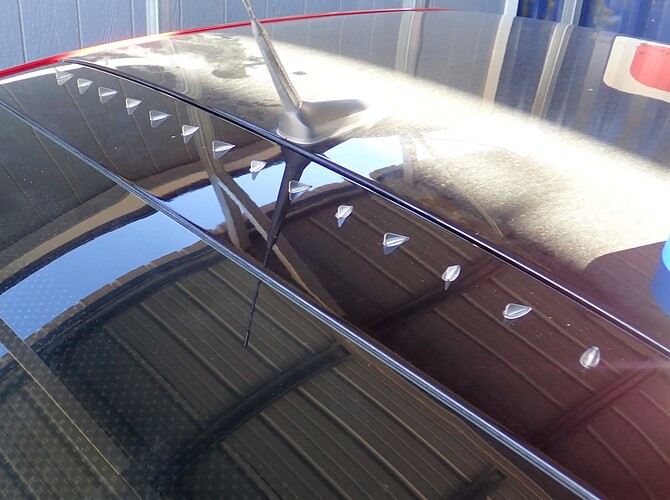 Unfortunately, I didn’t pull data before installing these, so I can’t point to some robust road tests going two directions and go on about power draw. I just don’t have that sort of fine grained data available in a useful form. However, I do know what I can get out of the car, and what it typically burns, so I should be able to tell if there’s some improvement. The guy posting about them originally did the “tufts of yarn taped to the window” test and found some significant improvements there in terms of flow remaining attached, and that’s good enough for me, at least for now!